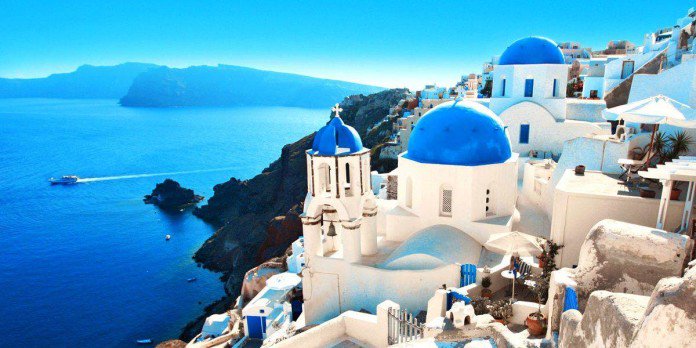 Santorini was voted Europe’s top island destination and fifth in the corresponding global ranking, according to the readers of Travel & Leisure magazine.

According to the reader's comments, in Santorini ancient history is still present and every sunset looks more shocking than the previous one.

Each year, in the framework of the World Best Destinations survey, the magazine asks readers to evaluate their travel experiences around the world and to express their views on the best cities, islands, cruise ships, spas, airlines and so on. Readers evaluated the islands based on activities offered, archaeological sites, natural attractions, beaches, food, and hospitality.

Santorini seems to be a category by itself and for this reason, it was proclaimed the best island for the 14th consecutive time. The photos from the sunset of Oia are now cliché in the social media, as visitors to the island do not stop crowding in the cobblestone streets just before dusk. Hotels built on the cliff offer a unique and mesmerizing view of the Aegean Sea.