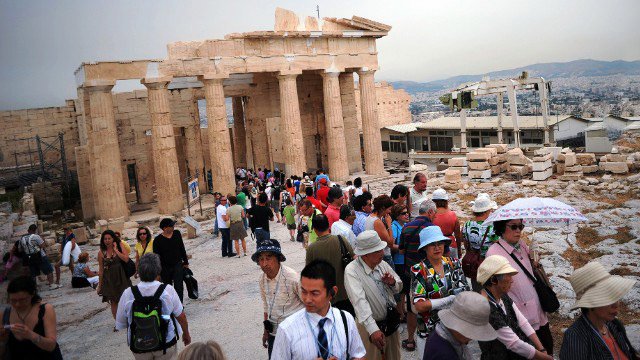 Twenty of the most important Greek archaeological sites and museums will have Wi-Fi internet access as of this summer, the Greek Culture Ministry announced on Tuesday.

They include Akrotiri on the island of Santorini, Delphi and Delos, the Byzantine and Christian Museum in Athens, the Archaeological Museum in the Medieval Town of Rhodes and the Athens Acropolis.

The project is an investment by Greek mobile service provider Cosmote amounting to more than 2.0 million euros. Next in line to get WiFi installed are the archaeological sites at Knossos, on Crete, and Sounion in Attica, the Royal Tombs in Vergina, the National Archaeological Museum, Ancient Olympia, the Iraklio and Thessaloniki archaeological museums, the Acropolis of Lindos, Rhodes, Ancient Epidaurus, the Mycenae Acropolis, Spinalonga, the Byzantine Culture Museum, Ancient Dodoni and Ancient Corinth.