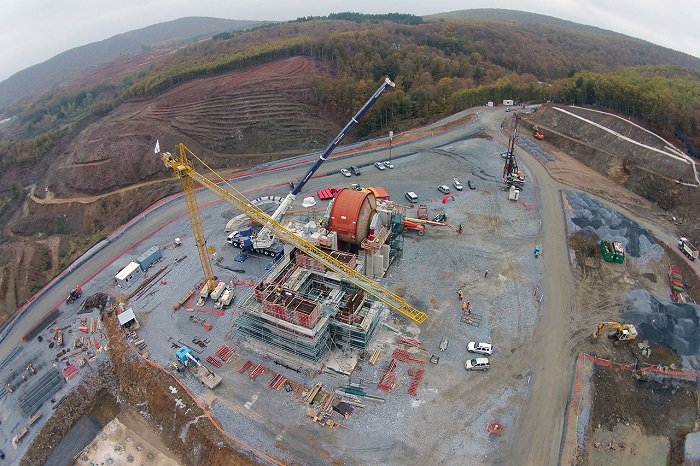 Canada’s Eldorado Gold Corp said on Monday it would suspend investment at its mines and development projects in Greece due to a delay in obtaining permits from the Greek government.

This represents a major blow to the recent efforts of Greek PM Alexis Tsipras to portray his government as being friendly towards enterprises and foreign investments.

The company said no additional investment will be made into the Olympias and Skouries projects and the Stratoni mine in Greece and will place them on care and maintenance as of Sept. 22.

In a press release the company said:

“Despite repeated attempts by Eldorado and its Greek subsidiary Hellas Gold, to engage constructively with the Greek government, the Ministry of Energy and Environment and other government agencies, delays continue in issuing routine permits and licenses for the construction and development of the Skouries and Olympias projects in Halkidiki, northern Greece. These permitting delays have negatively impacted Eldorado’s project schedules and costs, ultimately hindering the company’s ability to effectively advance development and operation of these assets“.

With the exception of a care and maintenance program and necessary environmental safeguarding costs, Eldorado and its Board of Directors have decided that under present conditions no additional investment will be made into the Kassandra Mines (Olympias, Skouries, Stratoni) in Halkidiki, the Perama Hill and Sapes projects in Thrace, and any exploration activity in the country.  Funds that were budgeted to be invested into community spending and infrastructure development will be phased out.  Similarly, tax revenues at the municipal, regional and national levels will also be affected.

The Company is also awaiting additional detail from the Greek government regarding the pending arbitration process.  Eldorado has not yet received formal notification of arbitration but is confident that any potential arbitration will again demonstrate the Company’s adherence to all applicable laws and regulations.  The Council of State (Greece’s highest court on environmental and administrative matters) has repeatedly confirmed the legitimacy of our permits and actions with 18 decisions in the Company’s favor.

The Company would re-assess its investment options in Greece upon approval and receipt of the required permits, coupled with a supportive government open to discussions surrounding the use and implementation of best available technologies.

“It is extremely unfortunate to find ourselves at this impasse when we should be advancing an important commercial project in partnership with Greece and adding another 1,200 jobs to our current workforce of approximately 2,400 people in Greece.

“We have a responsibility to our shareholders to allocate capital to projects not only with the best rates of return but also in locations where host governments are supportive of our investment and work with us to grow a sustainable future. As such, Eldorado cannot continue to put capital at risk without these permits and will pursue all avenues to advance its investment and contractual rights.”