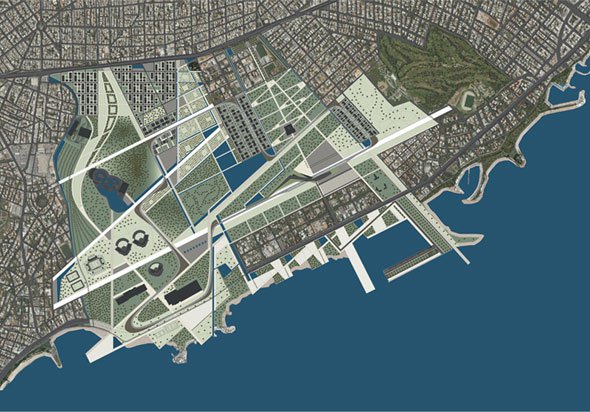 Hellinikon S.A. investors are examining the decision of the Central Archaeological Council to declare about 280 acres – out of 6,200 – of the former Athens airport at Hellinikon as an archaeological site, with caution.

According to a report in in.gr news website, someone involved in the project said that “We have to see which points precisely are characterized as being of archaeological interest, how much is the total area and how scattered the pieces of land with antiquities are within the area.” The source added that the more scattered the pieces, the bigger the problem for the investors.

However, there is no official announcement by the investors regarding the decision. Some of the areas declared as being of archaeological interest are areas that have been allocated for building a shopping mall and luxury apartment blocks, according to a Kathimerini newspaper report.

On the other hand, government officials expressed their satisfaction over the Central Archaeological Council’s decision. Prime Minister Alexis Tsipras has often declared that the Hellinikon project will continue as planned, despite complaints by Syriza hard leftists.

A source from Maximos Mansion told Kathimerini that, “There is a big step in the realization of the investment in compliance with the law, protection of the cultural heritage and without jeopardizing the approval of the procedures by the Council of State.”

The Ministry of Culture and Hellinikon S.A. signed a Memorandum of Understanding for the concession of the former airport in 2016. The privatization is one of the required actions for the completion of the third review of Greece’s bailout program.