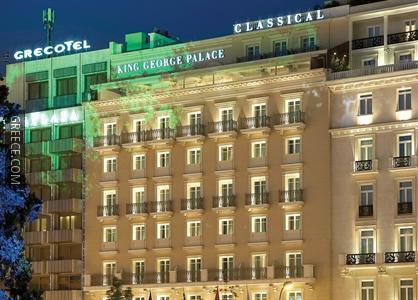 The Greek company Lampas SA on Friday completed the purchase of the historic King George Hotel in the center of Athens from Eurobank at 43 million euros, it said in the announcement.

Lampsa had leased King George since 2013 and operated it jointly with its adjacent Grande Bretagne hotel, another historic five-star hotel it has owned.

The purchase agreement with Eurobank was announced on November 21 by the bank, which added at the time that the process was still ongoing.

Lampsa hotels, part of the Laskaridis Group which is active in the tourism sector, has been a listed company since 1946. Hotels it owns include the Sheraton on Rhodes island, the Hyatt Regency and the Mercure Excelsior in Belgrade and now the historic luxury Greek hotels on Syntagma Square, the Grande Bretagne, and King George.