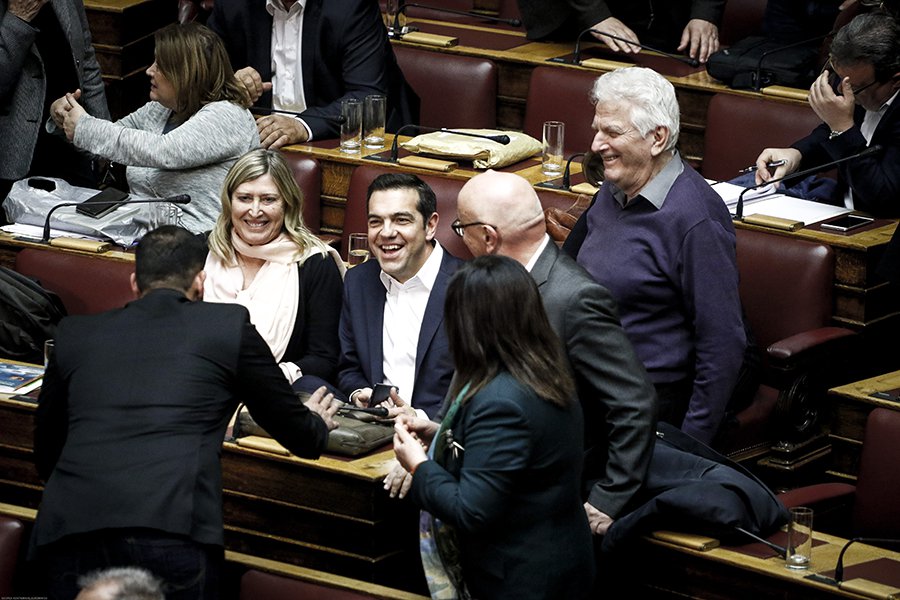 After a fierce parliamentary debate, Greek lawmakers on Tuesday approved by majority the country’s 2018 budget, which the government said would be the last under bailout terms.

It was approved with 153 votes in favor and 144 against at the end of a five-day debate in parliament.

A total of 297 lawmakers participated in the roll-call vote. The budget was approved by 152 MPs of the SYRIZA-ANEL governing coalition and one independent MP.

All opposition lawmakers voted against.

“We leave behind a period that no one wants to remember,” Prime Minister Alexis Tsipras told lawmakers at the end of a two-day debate in which his governing coalition was lambasted by opposition lawmakers for a tax blitz on the populace.

“For the first time, we know with certainty that this is the last bailout budget,” he added.

Main opposition leader Kyriakos Mitsotakis attempted to demolish the PM’s “success story” saying that according to all figures, the government has failed miserably in handling the economy.

“There will be no clear exit from the Greek programme, you have ruined the economy with over-taxation and ultimately maimed the country,” Mitsotakis said.

The budget forecasts an expansion in output of 2.5% in 2018, compared to a projected 1.6% this year. It is expected to generate a primary surplus, which excludes debt servicing, of 3.82 percent of gross domestic output, higher than that set by lenders.

As part of measures to offset the impact of austerity, the finance ministry said on Tuesday that value-added tax would not be increased on five islands which have received thousands of asylum seekers since Europe’s migrant crisis erupted in 2015.