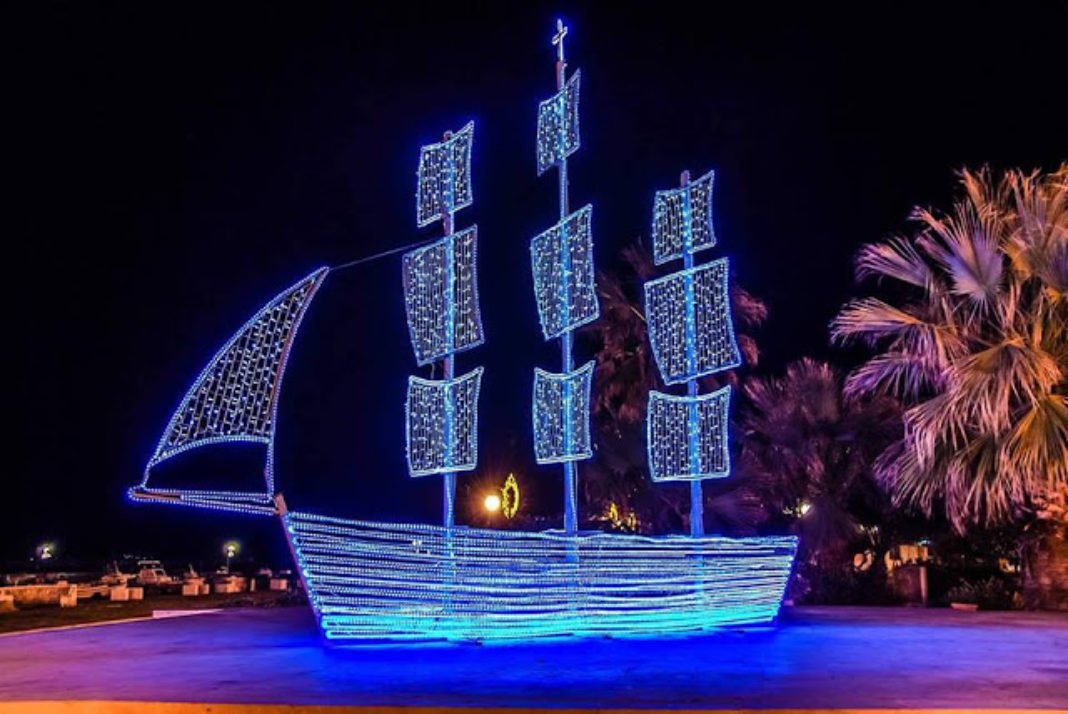 The most traditional symbol you will find in Greece during the holidays is a small boat decorated with lights, usually placed in the main square of a town and close to the more international Christmas tree.

To karavaki, or small boat is rooted in the traditions of a country with a symbiotic relationship with the sea. In fact on the many Greek islands, the Christmas boats remain the most popular ornament of the holiday season.

Different legends explain the tradition of the Christmas Greek boat. One of them is related to Saint Nicholas (Agios Nikolaos), the Patron Saint of Sailors.

This saint is celebrated on December 6, the day when many households start decorating their houses for Christmas. Some agree that this is why boats are decorated, in order to honor the saint.

It’s also true that Greece is proud os a large number of sailors, fishermen and intrepid captains the country has, which makes them as a symbol of local identity. Men would often be away for months at a time, and those back home would be anxiously waiting for their return.

On the islands, the wives, mothers, and daughters of seaman used to spend the cold and dark winter months with their heart and mind at sea. There, their men were battling the stormy seas during the holiday season. These were months of expectation, hope, and prayer for their safe return.

The joy of seeing the boats coming back, approaching the shores, made the women celebrate in relief. The boat is a symbol to honor those brave men coming back home.

The tradition wanted the small wooden boats placed inside close to the fireplace and pointing towards the center of the house, never towards the door. They were also lovingly decorated to give a warm welcome to the men of the household.

Even kids prepared their own boats with paper and chips of wood, and on Christmas Eve, they used these little boats to collect the treats they had received when singing the carols (kalanda) from house to house.