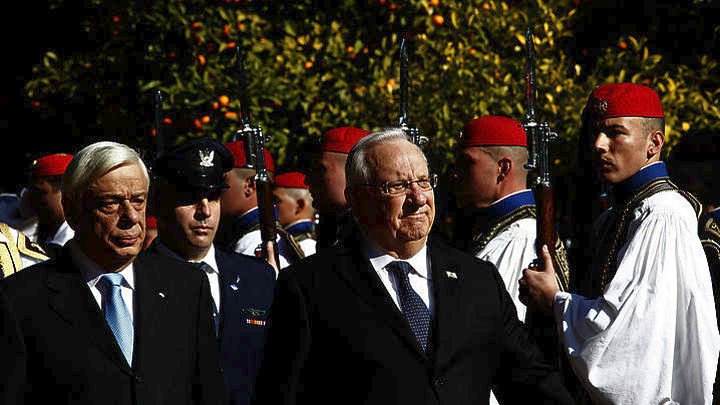 Israeli President Reuven Rivlin started his official visit to Greece on Monday by laying a wreath at the Monument of the Unknown Soldier in Syntagma Square, Athens.

Afterwards Rivlin made his way to the presidential mansion, where he was received by Greek President Prokopis Pavlopoulos.

Greeting Rivlin, the Greek president spoke out against the revival of Nazism and assured his Israeli counterpart that Greeks consider the Holocaust Museum to be built in Thessaloniki a homage to the city’s Jewish community.

The foundation stone for the new museum will be laid on Tuesday, in a ceremony attended by Rivlin.

“The action of the remnants of fascism and Nazis, who pose a danger to humanity must not be permitted,” Pavlopoulos said.