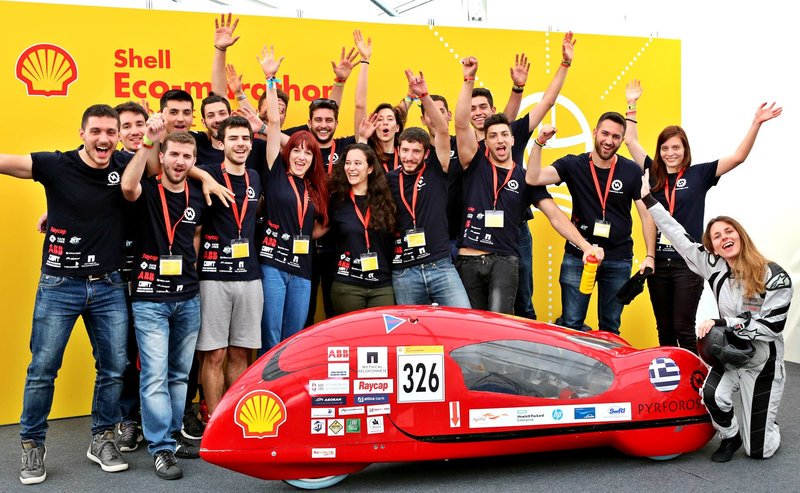 The “Pyrforos II” electric car designed and made by students of the National Technical University of Athens (NTUA) is ready to hit the roads.

This is the second research project of the “Prometheus Team NTUA”, a group of inventive young engineers who took it upon themselves to create a unique and economical vehicle for the future that is also safe to drive.

The futuristic “Pyrforos II” is a vehicle which uses an electric motor and is powered by lithium-ion batteries. “Pyrforos” means fire carrier and it is estimated that the car can travel from Athens to Paris for a total cost of €0.60 ($0.73).

The Prometheus Team NTUA took it a step further and posted a video that shows step-by-step the design process of “Pyrforos II”. Each year the team improves on the parts of the vehicle.

The electric car is literally built from scratch as the students did not buy any parts for its manufacturing but made everything by hand. “Pyrforos II” is powered by a photovoltaic panel and high-performance batteries.

The student team was formed in 2009 and since then has successfully participated at the European Shell Eco-Marathon fuel economy competition in Rotterdam for seven consecutive years. It is comprised of 20 members and so far 80 students have been part of the Prometheus Team NTUA.

Prometheus Team NTUA has won the tenth place among 50 teams that took part in the Prototype Battery Electric Car category and became the first Greek team to be among the top 10 in their class.