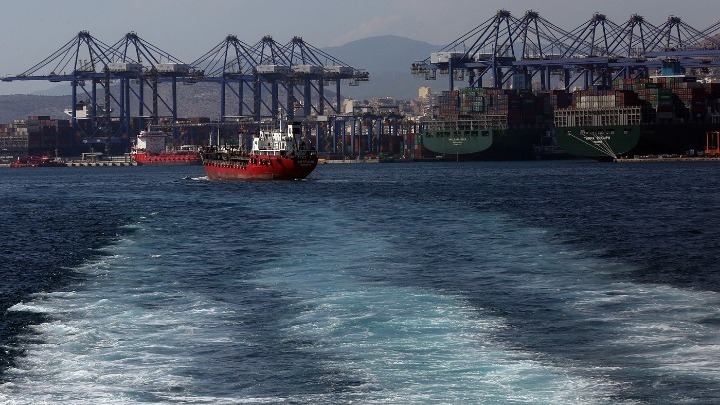 Piraeus has been ranked 7th biggest among Europe’s 20 largest ports in 2017, according to a new study by a leading industry journal.

According to Port Economics, the total traffic of containers at Piraeus reached above 4,057 20-feet equivalent units (TEUs), rising to 38th from 96th in world rankings.

Rotterdam is the biggest in Europe with 13,735 million TEUs of traffic, followed by the port of Antwerp with 10,451 million TEUs. Germany’s Hamburg is third with 8,820 million TEUs. Bremen, Valencia, and Algeciras followed before Piraeus.

Port Economics analyst Theo Notteboom said that Valencia, Algeciras, and Piraeus are contending for the number one spot in the European Mediterranean.

According to analysts, Piraeus port is expected to move even higher in 2018-2019 with the completion of Pier III that will increase total capacity to 7.2 million TEUs.

Every week, between 16 and 18 freight trains depart from Piraeus for central and western Europe. The program for the interconnection of China’s and Europe’s sea and land routes has begun to be realized and the port is expected to be transformed into one of the world’s largest freight-forwarding centers.