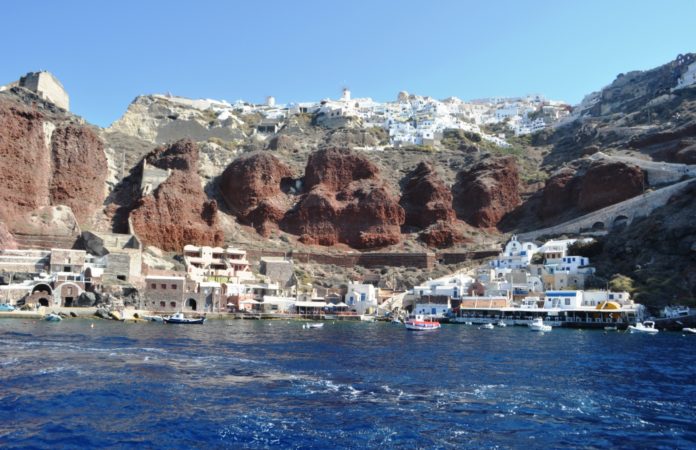 The economic crisis that hit Greece in 2008 destroyed many businesses, big and small, leading hundreds of thousands of Greeks to bankruptcy and unemployment. The austerity that followed the bailout programs led to tight household budgets, making most sectors of the economy shrink to horrendous levels.

Yet, the sector that kept the Greek economy on its feet, as it has always done, is tourism. The political turmoil in Turkey that culminated in the 2016 coup attempt has deterred millions of tourists who chose the safety of Greece as a destination in the Eastern Mediterranean.

This year Greece is expected to attract a record 32 million visitors, following a record-breaking 2017, when the number exceeded 30 million. Popular destinations such as Santorini, Mykonos or Corfu received an unprecedented number of tourists to the point that they could not properly host all of them.

Increased tourist arrivals mean there is a great potential for investment on particular islands. Santorini, for instance, with its incredible natural beauty tends to become a year-round destination, offering more than swimming and tanning in the summer sun.

It is a great time to start a small, profitable business in Santorini, based on the state of tourism on the island:

Many affluent travelers visit Santorini every year and, naturally, they demand luxury services outside the ones offered by hotels. A limo service that would pick up travelers from the airport and back, or offer luxurious rides on the mountainous island would be a great idea. Other than the archaeological sites and the beautiful beaches, limo services can offer tours to the island’s fantastic vineyards.

Being one of the most romantic locations in the world, many couples choose Santorini as the place to hold their wedding ceremony and combine it with a honeymoon. Santorini is a favorite place for mass weddings, especially by Chinese and Indian couples. A wedding-planning business would be a good investment on the Cycladic island.

Other than the typical boat tours and mini cruises offered around the island, a yacht-leasing agency would be a lucrative business. Many Santorini visitors would like to tour the island’s beaches, surrounding areas and nearby islands such as Ios on their own.

Many visitors to Santorini stay in rented rooms and they don’t have the services a hotel offers. As extended stays on the island are frequent, a laundry service would be very convenient and affordable for tourists on a tight budget.

Santorini has several places to explore, off of the beaten tourist path. The island has many vineyards that produce exceptional wines due to the volcanic mountainous terrain. Many visitors are unaware of that and this is a service that a private tour guide can offer. An agency with multilingual personnel can offer custom-made tour guide services that cater to the particular needs of visitors.