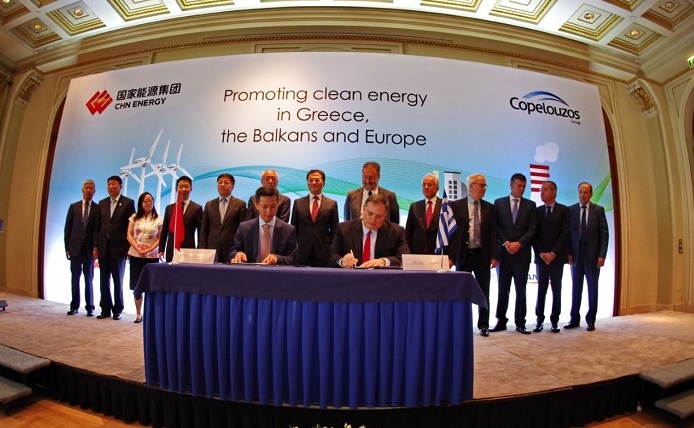 Under the deal, the Chinese company will enter into the equity of wind farms constructed by the Greek group. In addition, the two companies will jointly bid to acquire Greece’s Public Power Corporation’s lignite units of Megalopoli and Meliti.

The cooperation deal envisages investments worth at least €3 billion ($3.5 billion) in the Greek market, according to Copelouzos group sources quoted by the Chinese Xinhua news agency.

Dimitris Copelouzos, the group’s president and chief executive, said: “We are confident that this cooperation will act as a catalyst for the completion of major investment and promote the energy industry of Greece, in addition to the development of cooperation between Greek and Chinese companies in many sectors of the economy.”

China Energy is a newly-established entity after the merger of China Guodian Corporation and Shenhua Group.

It is the world’s largest producer of coal, coal-fired and wind electricity, and coal-to-liquids/chemicals products, and the largest primary and secondary energy producer in China.