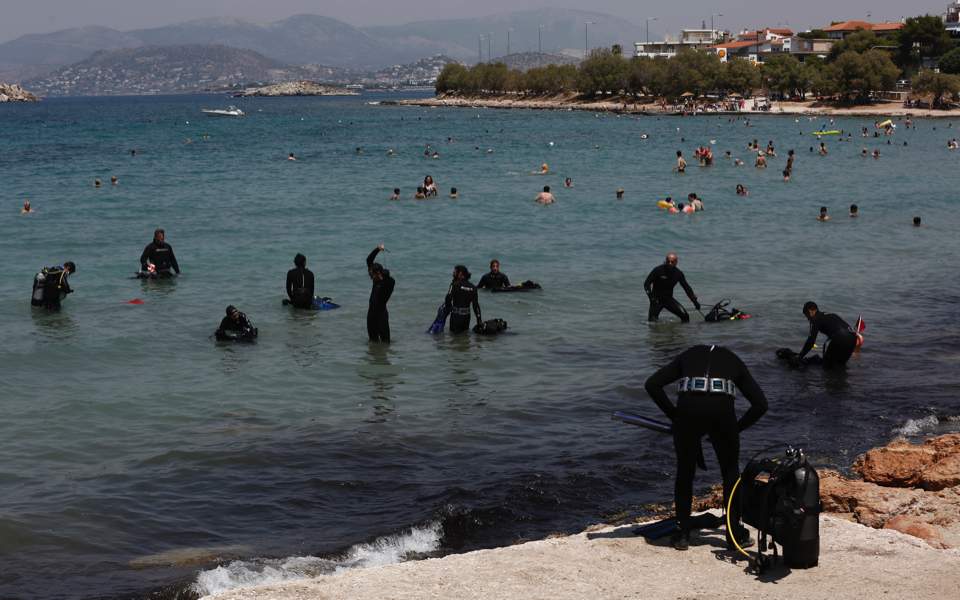 Greek-American students on Saturday conducted an underwater and beach clean-up operation at a popular Saronida beach, southeast of Athens.

According to the Athens-Macedonian News Agency, the students collected trash from the seabed and the beach as part of an initiative organized by the National Hellenic Student Association (NHSA) of North America, in cooperation with the Ethelon volunteer organization and The Hellenic Initiative.

“The NHSA believes that this beach cleaning initiative offers an opportunity for Diaspora Greeks and the local community to pool their efforts to restore the beautiful beaches of Greece,” a NHSA statement said.

“Be Part of the Solution, not Part of the Pollution”, the initiative slogan goes, urging more volunteers to participate in such environmental efforts.