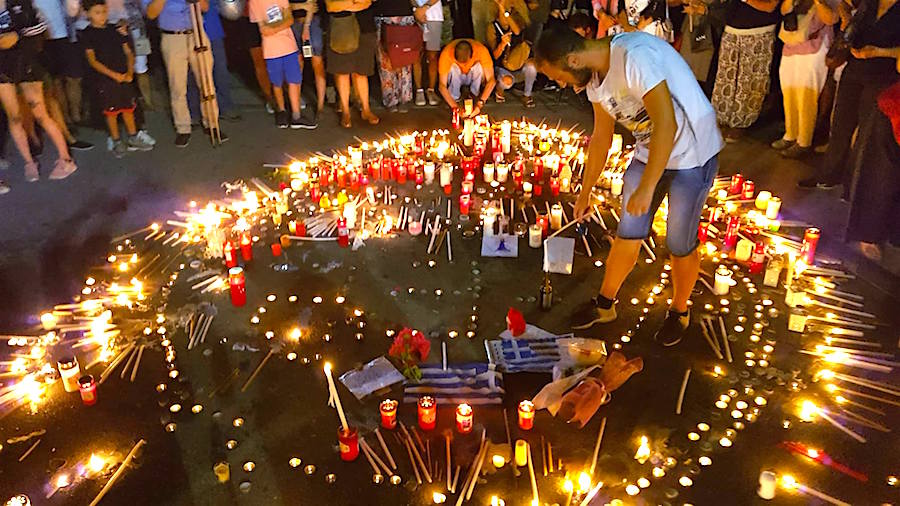 Hundreds of people holding a candle gathered in front of the Greek parliament in Syntagma Square to pay their respects to the 90+ victims of the Greek fire.

The rally had been organized on social media and people started gathering at 9 p.m.

Attendants placed candles, flowers, and messages on the square in front of the Greek Parliament. The date of July 23 was marked with candles.

He called on people to gather with candles to “illuminate the sky and the souls of our fellow human beings who have lost their lives.”

At least 91 people were killed in the coastal resort of Mati, which is 30 kilometers (17 miles) east of Athens.

A total of 25 people are still missing and 28 bodies have yet to be identified, the fire brigade said on Sunday.