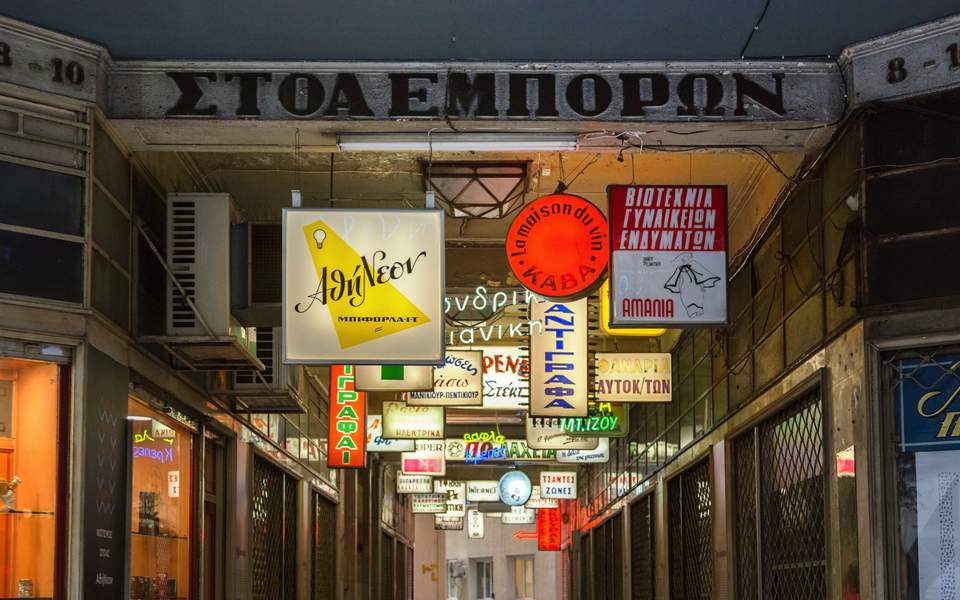 The City of Athens is introducing incentives to encourage local entrepreneurs active in the social and solidarity economy (SSE) to open up stores in the Stoa ton Emboron (Merchants’ Arcade) on Voulis Street near Syntagma Square.

The action involves 10 individual store spaces, which are currently empty and could potentially host new entrepreneurs. Athens Mayor Giorgos Kaminis has issued a call to representatives of the SSE to consider the idea – and help to revive a hidden corner of the capital in the process.

City Hall is offering to cover the rent and maintenance fees for six months, starting from this October until March 2019. However, it requires that the products sold meet quality standards and that they are made in Greece. The municipality adds that these businesses can combine multiple ventures, for example by selling the products of different manufacturers, so as to meet the goal of strengthening local partnerships.

Those interested in being considered for the project, which is part of the City’s Polis2 pilot program, must submit their application by September 15. More details about the program can be found online at www.polis2.thisisathens.org.

The retail spaces in the arcade belong to EFKA, the country’s main pension fund, and have been made available to the municipality by the Labor Ministry as part of a program aiming to utilize public real estate in the historical center of Athens in a way that gives something back to the community. Authorities have already rented out six business spaces in Theatrou Square, near Omonia, on favorable terms as part of the same program.

Alexis Galinos, CEO of EATA, the company for the development and tourism promotion of Athens, said reviving these spaces will have a knock-on effect on other businesses in the area.

“These will not be isolated stores, but part of a wider route, forming thematic commercial units,” he said.