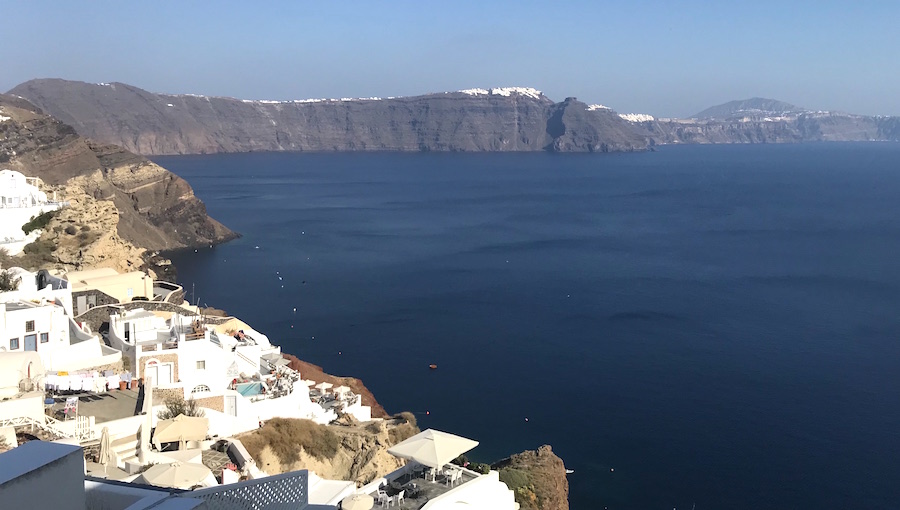 Europe is the undisputed travel ‘destination of choice’ in the world. Almost half of all global travel is destined for Europe and a number of its countries have the highest number of annual visitors in the world.

All indicators show that this trend is only going to increase and in some cases at alarming rates. Europe is like a living museum and its many historic and culturally significant destinations are magnets for global travellers. Travel and tourism (TT) is also a very significant element of the European economy, contributing €669.5 billion ($762.4 billion) (3.6 percent of total GDP) in 2017, and is forecast to rise by 2.8 percent in 2018, and to rise by 2.4 percent per annum from 2018-2028, to €873.3 billion (3.9 percent of total GDP) in 2028 (source: World Travel & Tourism Council).

These are significant numbers and it is no wonder the EU is so focused on TT through numerous programs and initiatives.

Greece, as a member of the EU and one of the cultural icons of the continent, benefits greatly from Europe’s pre-eminence in the global TT industry. While the figures for Greece do not quite match those of France, Spain or Italy, they are still significant given the total size of the local economy.

In fact, TT is a whopping 19.9 percent of the Greek GDP, compared to single digits for other leading European countries in TT. This means that tourism is not only important to the country, it is absolutely vital.

In Santorini, tourism’s economic contribution to GDP is likely in excess of 90 percent. So in following from the previous statement about the importance of tourism to the Greek economy being ‘vital’, logic tells us that the tourism sector is the very oxygen, the lifeline on which Santorini almost totally relies on for its existence.

Logic then, would also tell us that governments (local and national) should have it working like a high-precision Swiss watch.

Alas, in reality it is more like a plastic Mickey Mouse watch.

So this brings us to the inevitable question: “How is it possible, in a country where tourism is the biggest sector, on an island that is almost totally reliant on tourism for its existence there is no formal, sophisticated, technology savvy, environmentally sensitive, community sensitive, culturally protective, forward looking, sustainable destination management plan?”

Perhaps we can ask the same question in another way: “In an era where global communication is at the speed of thought, an era where social media is the engine behind travel and tourism growth and Santorini’s enormous social media footprint through shared photos is the biggest daily global advertisement for Greece…. how is it possible in such an era where Oia is the second most photographed place in Greece (behind the Acropolis)… there is no strategic plan in place to protect it?”

Most would argue its totally illogical, in fact it is downright irresponsible (bordering on criminal) to have such travel destination treasures and simply leave them to their fate. Yet, this is essentially what is currently taking place.

Local, regional & national authorities have systematically failed to produce comprehensive, sustainable tourism plans for Santorini and by association Oia. Its like saying ‘we have one of the Top 3 island destinations in the world… and probably the world’s most picturesque village, but we can’t think of anything we can do to protect them… so we are just going to sit back and watch them being slowly destroyed year by year’.

It is the kind of the strategy you have when you have no strategy at all.

To make things even worse, its not just the potential decline of the Santorini global brand that’s at stake here. There is also an enormous opportunity cost. You see, Santorini is not just a travel destination, it is a ‘dream destination’. There is a big difference between the two. One is a stop-over on a travel list… a tick in a box if you like.

The other is the fuel that makes you want to travel in the first place. Its the dream destination you think about constantly, it fuels your imagination and your mind travels to it at night or in conversations. You scour social media for photos and you can never get enough of it. Its the stuff of dreams, where imagination feeds motivation. Its the dream destinations that people plan their holidays around. Its the starting point, the ‘must do’ destination and then they look at what else they can do while they are in the region.

From a strategy perspective this makes a dream destination a potential feeder source. It’s a gateway that has superior gravitational pull to any other place near it. While that sounds ominous, that superior gravity can also, with the right strategy, be used to increase the profile of lesser known destinations around it.

Many of the surrounding islands, as well as other regions of Greece that have only two-three month seasons (at best), could potentially greatly benefit from Santorini but only if planned properly.

There is no doubt that Greece already greatly benefits by having Santorini inside its borders. The spin-off effect would be hard to quantify accurately, but it would be enormous. Yet, it could be far greater with some proper planning and strategies.

At the moment there are unscrupulous players who are taking advantage of Santorini’s global gravitas, by selling excursions from other islands and flooding Santorini on a daily basis making it unbearable for those paying to stay and spend a few days on the island.

Practices such as hijacking the Santorini name to sell ‘dodgy’ excursions, as well the total lack of development plans for villages other than Oia, uncontrolled daily cruise passenger invasions, lack of adequate infrastructure, almost non-existent town planning enforcement and many other issues, which can leave you perplexed as to “what are they doing?”

As if all this wasn’t enough, we are expecting continued EU tourism growth of minimum 4 percent per annum through to 2025 (a figure which will be doubled on Santorini) and there is a Chinese visitors’ wave underway that is unprecedented. If we think we have problems now, we ain’t seen nothing yet.

So we return to the original question… does one of the top travel destinations in the world, a place considered by many to be one of the most iconic natural wonders of the world, deserve protection? Does it not deserve to be managed in a sustainable way? Does this natural wonder not deserve to be preserved for future generations of locals as well global travellers? Do we not have an obligation as the island’s citizens, as Greeks and as Europeans, to ensure that Santorini not only survives but thrives in the decades ahead?

These are of course rhetorical questions. The answer is obvious.