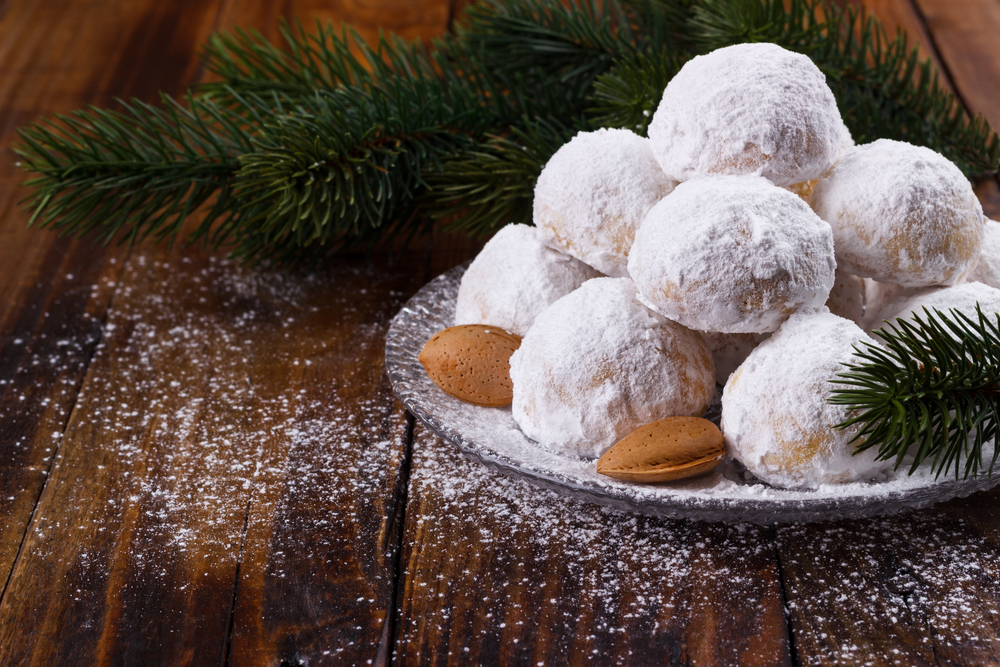 One of the traditional Christmas and New Year delicacies is sweets, for example, kurabye cookies covered with icing sugar, or melomaroni. It is the taste of these sweets among the Greeks that is associated with the Christmas holidays.

This is a traditional Greek sweet cake. Its name in translation means "a piece of honey bliss." The word has an ancient Greek origin, but, at first glance, there is a similarity with the Italian word "pasta", which means "macaroons." Greek etymological dictionaries say that "macaroni" is a modern version of the word "macaroni", which was used in the Middle Ages. In those days, it was called a funeral dinner, the main course of which was a flour product, which was used to bless the deceased on the last journey.

If we trace the etymology of the word "macaronia", then we can see that it came from another ancient Greek word – "macaria". This is the name of the cake that was presented to relatives after the burial of the deceased. He was considered a sweetness for the soul, which was supposed to mitigate the bitterness of the loss of a loved one.

After a while, when baking this “spiritual sweetness” or “macaria”, honey syrup began to be used, which generously watered the dough. And the prefix "meal" was added to the main name – in Greek it means "honey." Pie began to be included in the composition of the festive dishes, which were prepared during the twelve holidays from Christmas to Epiphany. Thanks to its magnificent taste, honey macaroni fell in love with the Greeks and gained a foothold in the local tradition.

By the way, sometimes the Greeks call the honey pie "Phenicia". Among the inhabitants of Italy, the ancient word "pasta" was transformed into maccarone – the well-known pasta. In France and England, the word macaroon or “macaroni” appeared in the Middle Ages, meaning almond flour cookies with a layer of jam or cream. Now, this dessert is known all over the world.

In Italian, there is also the word "biscotto", but it has a Latin origin. In the Middle Ages, it was transformed from the word biscuit, which means "baked twice." Then for sailors and soldiers, they made flour products with a long shelf life so that they did not spoil – baking was done twice.

This word was often heard in Asia from Venetian merchants, and as a result, the Greeks remade it in their way – biya / biy. He was attached to his native word kuru, which, as a result, gave the name to the liver – kurabiye.